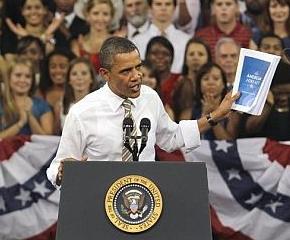 The Republicans filibustered, meaning the plan would require 60 votes to pass, and then literally every single Republican voted against the plan.  If there's anything that the Republicans can unite for, it's to oppose something that would help the American worker.

Even two of the more "moderate" Democrats sided with the GOP in the vote.  What a surprise.  Considering the direction American politics has gone over these last twenty years, half the so-called "Democrats" currently in office are just conservatives in disguise.  But while that's a problem, it's a lesser concern to what's happening right now.

The GOP is actively working against the American worker, citizens trying their best to succeed in a country that is increasingly ruled by a hyperwealthy elite.  If we want any chance of continuing to live in a free country, this has to stop.

Call your congresspersons; write them letters. Tell them how disappointed you are in their behavior, and remind them that their actions determine your next vote.
Posted by Jacob Greene at 3:41 PM